jump to navigation
jump to search

BUKIT DAMANSARA, 12 December 2017 – Commenting on the recognition conferred, Erik Stoel, Managing Director, British American Tobacco Malaysia said, “We are extremely honoured to have been awarded the Winner of the CG Awards 2017 for Industry Excellence in the Consumer Goods category at the MSWG-ASEAN Corporate Governance Awards 2017 on 6 December 2017 for the third year in a row which speaks volumes of the fair and open corporate governance practices we uphold as a Group. We are proud that minority shareholders appreciate the positive actions we take to ensure that their voice and interest are equally heard and treated with utmost fairness.”

MSWG-ASEAN Corporate Governance Awards recognise corporations which advocate transparency in their companies and have shown sustainable performance as well as individuals who champions good corporate governance. MSWG evaluates top 100 Malaysian PLCs based on the ASEAN Corporate Governance Scorecard and the OECD Principles of Corporate Governance. In addition, the Top 100 PLCs were further subjected to the elimination criteria of Return on Equity (ROE) of not less than 3% for the last three years. Some of the key areas of assessment include Environmental, Social and Governance (ESG) disclosures in annual reports, Women on the Board, and whistle blowing policy of the company.
About 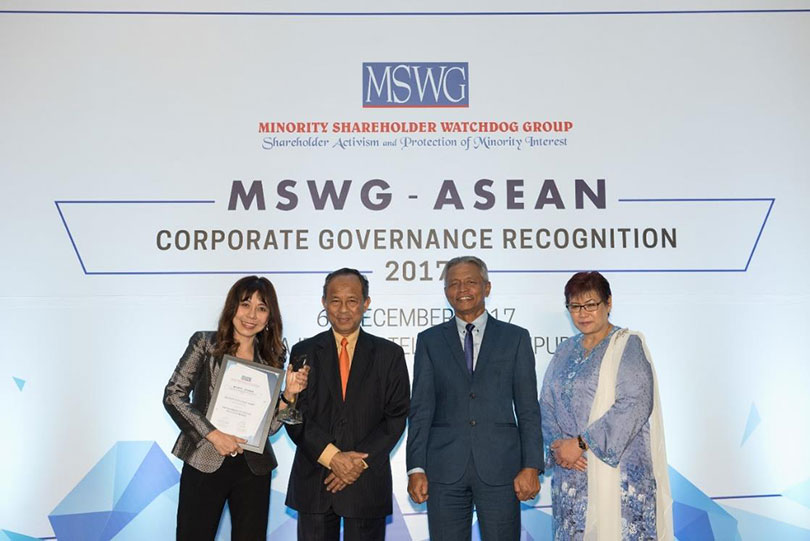 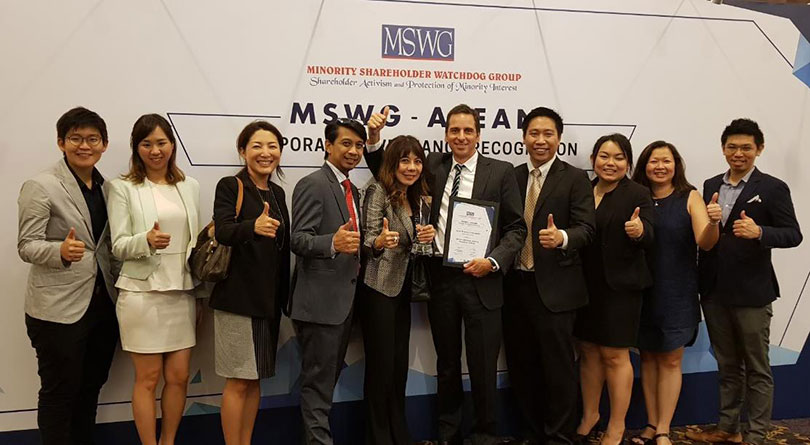